There were balls everywhere. It was a room full of balls. And none of them were where they should be. I would see it often. Someone would step into the equipment room in our gym with a basketball or volleyball which they had just played with and they would just… chuck it in. Sometimes it would go in the container it had come from, but most of the time it would simply end up in “the corner”.

We all have them. Corners where things just accumulate. Whether it is the corner of our bedroom where dirty clothes accumulate or a corner of the garage where christmas decorations from holidays past have sat unused. Maybe its simply the corner of our car where miscellaneous wrappers and small tidbits of trash have gathered. What’s fascinating is how we react to them.

We leave the corners alone.

Weeks, months, years go by and the corners stay cluttered. Then one day, because of some outside influence – nagging spouse or a Springtime cleaning – we begrudgingly go through the things in the cluttered corner and put them where they should be… usually in the trash or the donation bin. But why does this happen? Why do these corners always exist? Why does it take so much effort to finally clean them out? Why should we care? And, finally, how can we stop them from happening?

Why do we make them?

Corners happen for many reasons, but I’ll focus on one.

We just don’t really care. I would watch both students and teachers alike walk into that equipment room and the one thing that both had in common was their disregard for where things out to be. It wasn’t that they hated order, it was that they had other more pressing matters to attend to. Friends, work, whatever. It was all more important than taking an extra second to make sure a ball made it into the right bin.

It is the same with the clothes on the floor or the trash in your car – it’s just not that important in the moment. We make judgment calls all the time. We regard one item as more valuable and worthy of our time than another. We make hundreds of these snap judgments a day. But in the end they are still a mess, and most people agree that messes should be cleaned.

Why don’t we clean them?

We also don’t pay them too much attention because they’re corners!

How often do we really notice what’s tucked off to the side? We can’t stub our toe on it. We are not tripping over it. Its not in the middle of our work or play space. It’s – kind of – hidden. We are ok with little messes because they are messes that are out of the way. They don’t really make a difference in our lives. At worst they’re an eyesore. Corners are dark and if we really needed those items we probably wouldn’t be there to begin with.

But once the piles get going, with each additional item, the corner morphs from an inconvenience into a full blown work project. And projects need significant amounts of time. So if we had little regard for the items to begin with at the start we most certainly have no regard for them now that the corner has grown substantially. But still, they remain. And sooner or later, we start to say to ourselves, “I need to clean that up.” But what’s the point?

Why should we care?

I’ll be honest. Writing about this even sounds silly in my mind. When I first started pondering the idea, even thinking about students chucking random balls into a corner of the equipment room makes me giggle with absurdity. A few balls in the corner of an equipment room or a few clothes next to your bureau really don’t make that much of a difference. But they do point to something larger. And that is our ability to sacrifice what is right in the immediate moment for something we believe to be more important in the end. We judge the current needs to be lesser than the future needs.

That is a dangerous habit to form.

Imagine a world where everyone sacrificed the “need for the now” on the altar of the “good to come”. The consequences would be dire. Buildings would be unsafe. Patients would receive less than adequate care. Crimes would go unpunished. It would be anarchy. And imagine all the equipment rooms full of balls scattered about with no designated bins. CHAOS!

(Just got existential there – watch out!)

But the concern is real. Seemingly insignificant actions point to significant beliefs.

How can we stop corners from forming?

It took about 20 minutes but in the end, the corner was clean. All balls were where they should be and the equipment room looked immaculate. But how could I stop this from happening again?

My simple solution was to take away the corner.

You see, what had made it easy for people to throw things in that area was because it was dark and crowded and it looked like it was supposed to be a mess. So in order to discourage people from treating it like a mess I took the “mess” away. I made the corner look like it was supposed to be clean, like a place where people would feel uncomfortable putting something. It’s the same strategy artists use to discourage people from tagging city walls with graffiti – they paint a mural on the wall.

On a not so physical note – and this is the tougher one – I try to take away the corner in people’s minds where they allow that disregard to gather. I technically can’t take it away myself. I can only encourage and lead others to take time and consider others’ time and energy as more important, or at least the same, as their own.

By gently and humbly showing them the time and energy that is being spent on cleaning up their corners it is with a hope that they will see the problem and make a change. Where they will take the time to see the corners in their own lives that need to be cleared, bend down, and put the ball in the right bin. Only then can we really keep the corners clean. 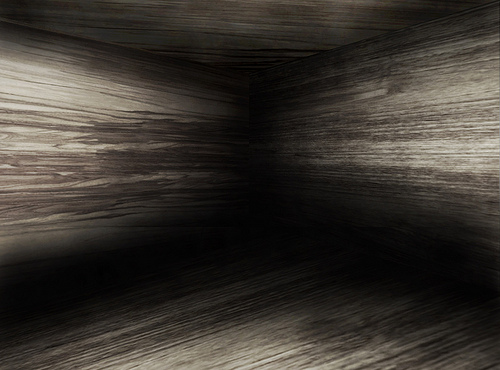 For more information on Dylan McShain or to receive further insights follow his blog here.

Dylan McShain
The Green in Hygiene

A blog about, well, purposeful movement.

All things Health and Physical Education by Ashlea Mills

Running 2 Play, My Experiences as an International Educator and a Runner

Constructing Knowledge in the Classroom and Beyond